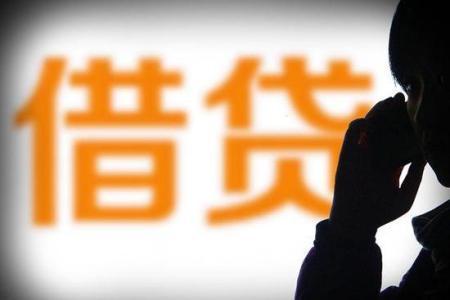 They say that necessity is the mother of invention.

"I came from a poor immigrant background," said Hanif Joshaghani, cofounder and CEO of Canadian FinTech startup Symend. "Some of the biggest targets for collection agents are those areas, especially people with a lack of knowledge of the impact of credit. It's something that I saw around me quite a bit when I was a kid, and it's something that I think can be addressed. There's a better way to do it."

"In the U.S., for a whole host of reasons, the amount of debt in delinquency has risen in leaps and bounds over the last decade or so," Joshaghani told Webster. "But at the same time, the success of collecting those debts has gone down."

Symend's industry research found that the current debt collection system using collection agencies sees an annual success rate of just 7 percent. Over the past five years in the U.S., Symend found that delinquent debt has risen from $150 billion to over $600 billion. The company estimated that number in Canada to be $2.5 billion. Some 40 percent of this delinquent debt is accrued to telecoms, utilities and credit card markets.

"The tactics used by collection agents are fairly antiquated," said Joshaghani. He noted that innovations in other software verticals inspired Symend's platform and included workflow automation and consumer-centric approaches to outreach in marketing, innovations in payment processing, as well as predictive analytics.

"These innovations successfully deployed in other software verticals can be used here," Joshaghani said. "Things have come a long way in a very short period of time, things that could be repurposed in [the debt collecting] space."

In early December, Symend closed a $1 million seed investment round, bringing Symend's launch valuation to $2.5 million, said Joshaghani. "We're happy with the results of the fundraising."

The startup is using the funds to build out its prototype, which uses a combination of automation, predictive analytics, customer outreach and better positive collection tactics to help its pilot customers.

Joshaghani said that Symend's system allows participating companies to choose and prioritize which collection tactics and product features they want to use.

"It's almost like they're building a campaign to target an individual customer, but instead of trying to generate a lead for sales, they're trying to generate a collection," he said. "You can yield better results as you track and measure consumers, profiling them against the type of consumers that you're targeting to get better and better at optimizing your tactics the more you use the system."

Companies using Symend's platform, for example, can configure the system to use traditional outreach methods to create financial payment plans or discounts for one-time payments. In addition, Symend's platform enhances the ability of its participating companies to remove some of the hurdles to repayment.

"One of the biggest reasons that people don't repay in time is because many consumers, believe it or not, don't have a comprehensive understanding of credit impacts," said Joshaghani. "So, we can hit them with some credit education, introduce some financial planning tools and connect them with credit rehabilitation platforms."

Symend's goal is not only to collect on debts but also to address repayment issues with the hope to build a better consumer and a better relationship between the consumer and the vendor collector.

"It will generate more consumers paying the initial debt but will also make them less likely to end up in collections on future transactions," Joshaghani said. "It's a long-term approach to understanding why these payments aren't happening rather than just focusing on collecting it."

"What's been traditionally done has had such a low success rate and such a bad consumer result," he said. "It's a very hostile approach. We believe our approach could result in not only a higher collection rate but also a lower cost and a better relationship between the consumer and the vendor."

Joshaghani said that Symend hopes to go live with a few pilot clients sometime in summer 2017.

"The idea is to address the biggest technological and pain point aspects for clients first in the pilot," he said. "As of now, sometime this summer."

Joshaghani noted that, while it's unlikely the debt collections process will ever be perfect, Symend will continue to work on its platform to improve the collections status quo.

"It's not going to be 100 percent - it never will be," he said. "I do hope one day we live in a world where these things are never happening. But until that day, it's all about incremental improvement. Our system is a more scientific, productive, efficient approach. It builds positive engagement with consumers and clients. Hopefully, this will have a better result relative to what's been traditionally done."